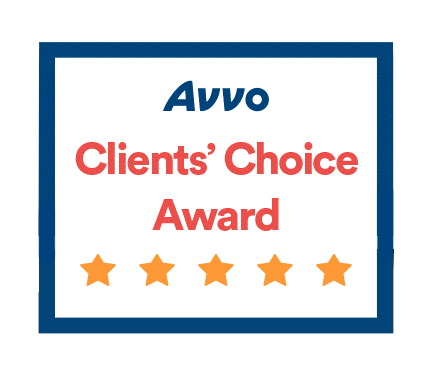 When dealing with Federal or State criminal convictions in Houston, you should talk with specialized attorneys who will best be able to handle your case. Houston, Texas is the fourth largest city in the U.S. with just over 2.3 million residents. As one of the largest cities in the nation, Houston is no stranger to crimes. If you commit a crime in the area of Houston Texas, it is important to know whether your case will be handled by a Federal Court or a State Court.

Being Accused of a Crime in Houston, Texas

Federal charges are a serious matter and you need representation that is prepared to handle federal cases. An experienced lawyer will bring to the table years of experience with federal agencies, courts and laws, and this will help you get the best defense possible.

Our houston criminal lawyers defend all kinds of criminal cases including:

In the city of Houston, certain crimes are prosecuted by the federal government. Immigration issues are at the top of the list because the city is close to the border.

Based on recent federal cases, Houston’s top crimes are:
1) Illegal reentry;
2) Illegal reentry into the U.S. involving an individual who has been deported one or multiple times and is reentering without government approval;
3) Illegal reentry comes with the possibility of a fine and up to 2 years imprisonment. Most reentries are deported unless certain factors are present.

Such factors include: history of deportation multiple times, or past criminal convictions. The minimum prison sentence may even go up to 10 or 20 years depending on their criminal history.

The hiring of illegal immigrants is also commonly prosecuted in the Houston area because of the large population of undocumented aliens living in the region.

A first time offender may have a less severe punishment compared to someone who has a history of illegal activity. If prosecuted, you could pay fines of $3,000 - $10,000 per illegal worker and face up to six months in jail.

This crime could also be joined with a charge for harboring illegal immigrants which faces a possible 10 years of prison time.

Another common immigration charge is alien smuggling. This involves paying someone or participating yourself to transport someone from a foreign country to this country without proper documentation. This crime is extensive and it does not just punish smugglers but also people who pay for smuggling or assist the immigrant once they enter the U.S. The punishment for smuggling an alien is up to 10 years imprisonment, which can be increased based on the number of aliens you assist.

However if the person was kidnapped, sexually abused or abused in other ways, the sentence may go up to a life sentence.

One of the most prevalent charges in Houston and in the rest of the federal courts is drug trafficking. Drug trafficking is the intentional manufacturing, distributing, or dispensing of illegal drugs or possessing drugs with the intent to distribute. The sentence for drug trafficking varies on the amount of drugs but could go up to 10 years for the first offense, 20 years for the second offense, and potentially life if someone dies as a result of the trafficking.
Firearms and ammunition smuggling
The smuggling of firearms and ammunition can involve bringing in guns and ammunition or sending guns and ammunitions to a foreign country. Because of Houston's proximity to the border, several cases appear in federal court involving cartels from Mexico shipping weapons to the U.S.
Identity theft
Identity theft is a common crime throughout the U.S. and it involves the stealing of personal information or using someone’s information to impersonate them. Usually identity theft involves acts such as opening a bank account in someone else's name or getting a line of credit in their name. The punishment for identity theft can be up to 15 years imprisonment.
Tax fraud
Tax fraud is the act of deceiving the federal government to evade taxes. This includes acts such as failing to file a tax return, falsifying information on a return, or deceiving an auditor that is reviewing your information. Tax fraud is investigated by the IRS which has a taskforce for criminal investigations located in Houston.
Child pornography
The possession of child pornography is also frequently tried in the Southern District of Texas. Child pornography involves any media format of sexually explicit images of a person under the age of 18. The punishment for possession of child pornography is up to 10 years imprisonment.
Fraud in connection with a major disaster (18 U.S. Code § 1040)
In connection to Hurricane Harvey, several cases are popping up in Houston of fraud in connection with a major disaster. Regardless of what the natural disaster is, if you knowingly make false statements or try and scheme to get benefits that you are not entitled to during relief efforts, you may face federal charges. The punishment for fraud in connection with a major disaster can be up to 30 years imprisonment.

Insight Into Who We Are

Our team of dedicated criminal defense lawyers also built a reputation for criminal defense that was committed to every client and concerned with the outcome of every case. It’s a reputation we’ve carried across the country, as our federal defense practice expanded. Even though today Criminal Lawyer Group covers 50 states and all United States federal district courts, our legal team works hard to maintain an emphasis on communication and explanation that truly benefits our clients.

Why is Criminal Defense Important?
Conviction of a federal crime has serious repercussions. You may face imprisonment, a substantial criminal fine, administrative punishments, loss of professional licensure, and much more. Your defense is the only opportunity to combat these negative ramifications and seek a dismissal or reduction of the charges.

Plus, criminal defense is essential for protecting your Constitutional rights. Whether or not you decide to work with a private defense lawyer, you are entitled to legal counsel in your defense and specific due process requirements. A federal defense lawyer ensures these due process rights are upheld for the duration of your trial.

Why Should I Hire a Defense Lawyer?
Federal criminal cases are substantively and procedurally complex. Unless you have extensive expertise in both of these aspects of the law, it is difficult to form a successful defense strategy. A federal defense lawyer will consider substantive and procedural arguments to dismiss the federal charges, diligently collect evidence and information on your case, craft a complete strategy to argue before the court, and ensure your case complies with all federal procedures.

Why Should I Hire a Lawyer with Federal Defense Experience?
Hiring a lawyer with federal experience is necessary under the rules of procedure for the federal courts. Not all lawyers are allowed to appear in federal court. Only attorneys admitted to the district or circuit court hearing your case can represent you in those matters.

However, hiring a lawyer from Criminal Lawyer Group with federal defense experience is equally important for the quality of your defense. Irrespective of the crime, you deserve a strong defense and opportunity to fully argue your case in federal court.

Our Areas of Practice

Criminal Lawyer Group takes cases in all areas of federal criminal law, including white-collar crime and terrorism. In many of these practice areas, we have experience representing high profile clients and accepting complex cases.

The intentional evasion or fraud of taxes owed to the federal government is a serious federal offense. In every federal jurisdiction tax evasion and fraud is subject to a term of imprisonment and hefty criminal fine.

Identity theft was a made a federal offense in 1998 to combat the rising level of theft involving Social Security Numbers, credit cards, driver’s license information, and other bank account information. Today, charges for identity theft and fraud are primarily used to target the use of computers and computer networks to commit the theft and subsequent misuse of personal data.

Federal investigators focus intensely on suspected corporate fraud because there is a clear connection between these crimes and impact on the economy and corporate well-being. For this reason accusations of corporate fraud should be addressed swiftly and strategically through capable legal counsel.

These federal criminal statutes were originally passed to target the Mafia, but are not applied to several types of complex criminal organizations, including drug cartels, gangs, and even legal organizations engaged in specific illegal activity. Still a priority for federal investigators, charges under the RICO statute are substantially serious for any individual involved in a large-scale enterprise.

White-collar crime covers a broad range of unlawful activities involving business and financial schemes. The connection between these crimes including, intellectual property theft, money laundering, wire fraud, securities fraud, and phishing schemes, is the driving incentive behind the illegal activity is a financial incentive.

The federal government has a vested interest in keeping classified and security-sensitive documents from public disclosure. The unlawful release or proliferation of classified documents falls under the federal criminal laws on espionage, and is the most common application of this federal crime today.

The federal government has jurisdiction over the unlawful movement of any goods through interstate commerce or internationally. In particular, federal investigators are focused on the illegal trafficking of firearms and narcotics into the United States.

Advancements in technology have increased the potential for cyber crimes, including frauds and thefts, through the use of computers, computer networks, and computer systems. Cyber crimes also cover the various offenses involving acts of terrorism, phishing scams, and information warfare perpetuated over the Internet.

Hire a Firm with Extensive Capabilities

At Criminal Lawyer Group, we see our size as a strategic and important asset to your federal criminal defense. Due to a nationwide presence, we can do more than just offer a single strategy or viewpoint on your case. Rather, we can tap into a plethora of shared knowledge and information that is inaccessible to other law firms.

Whether your case is complex or a new question before the federal court, our team will have someone experienced in that area of law. Through a team approach to federal criminal defense, Criminal Lawyer Group taps into this experience, no matter where you or your case are located. Essentially, you receive access to several of the United States’ top federal defense lawyers, without losing your point of contact and connection with a specific defense attorney.

Want to learn more about our nationwide network of federal defense lawyers? Contact us today.

Hire a Firm with Local Knowledge and National Reach

Criminal Lawyer Group continues to expand and add new, highly capable lawyers to our team, but our focus on federal defense always accounts for individual clients. It’s a local approach to criminal defense that is ignored or forgotten by other national law firms.

We remain steadfastly committed to regular communication and careful explanation of any accusations against you. Our team is trained to be effective and efficient in every action, but never sacrifice the quality of your defense for any reason. We are familiar with the federal district courts and available to meet in-person, when needed.

These qualities continue to highlight our commitment to a local law firm mentality, even as we handle complex and high profile federal cases. This client-oriented approach to federal criminal defense leads to improved outcomes for our clients and better legal services along the way. As you face the challenges of a federal criminal case, we know our local mentality will make a difference in your defense.